A Sweet Taste Of Things To Come at Metropolitan By Como, Miami Beach

The world class French-Portuguese born Pastry Chef Emanuel Alves, graces the kitchen at Parrot Cay â€“ the private island destination by COMO Hotels and Resorts on the Turks and Caicos Islands â€“ as if he was anywhere in the world. Becoming one of todayâ€™s youngest pioneers on the dessert counter has earned him the adoption by one of the most prestigious hotel brands in the world.

The clientele at the award-winning sanctuary where Chef Emanuel resides arenâ€™t your usual travelers or everyday vacationers. Theyâ€™re the most worldly, experienced and discerning voyagers whose expectations can only be exceeded by a hospitality group worthy of being awarded a total of 3 Michelin Stars and the title of Best Hotel in The Americas by Conde Nast for its signature brand of private island retreat. That is why one of Europeâ€™s most talented dessert sculptors has been flown-in to the Caribbean especially to carve out his decadent creations for this special group of island residents that often includes Hollywood royalty.

Chef Emanuelâ€™s skilled proficiency in the innovation of cream and chocolate artistry has earned him the title of COMOâ€™s Master Chocolatier, and he is now known for being the companyâ€™s leading pastry chef. His creativity and flawless attention to detail gives him a superior edge when producing his diverse portfolio of desserts. Alves became a specialist in macaroons after perfecting the technique in Spain with the French Chef NicolÃ¡s Serrano, at the “Ecole du Grand Chocolat Valrhonaâ€, under the direction of Frederic Bau. However, his talents are wide reaching and span the entire periodic table of gelatin based fare. Some of the few, but most popular specialties by Chef Emanuel include: Milles Feuilles of Chocolate and Mascarpone Cheese with fresh berries; French toast with atomized fruit and CrÃ¨me BrÃ»lÃ©e ice cream; Blackberry Tart and roasted spicy pineapple with Passion Fruit ice cream; Opera Bricks with confit pears and nutmeg ice cream; Parsley macaroons and pepper Chocolate truffles, and signature delicacies such as the â€œBuche de NÃ¶el GlacÃ©e,â€ â€œOpera Cake,â€ â€œPetits Fours,â€ â€œSybarite Verrine,â€ and one of his most popular trophy plates for an end-of-meal table conversation, the delectable â€œMoon Rocks.â€ Chef Emanuel formulates a distinguished composite of Dessert DNA within his own secret recipes that keep patrons guessing while craving for more of the addiction his sweets provide. Chef Emanuel creates a fusion of flavors that collide when unleashed and his versatile use of cream, chocolate, fruits and berries bring a complexity to the palate that very few dessert connoisseurs have experienced.

Alves started his profession after acquiring his â€œCertificate dâ€™Aptitude Professionnelleâ€ (CAP) in pastry art, as a Chocolatier Confiseur Glacier, at the European culinary school, CEPROC. Following his studies as a pastry chef and dessert artiste, his first professional steps in the corporate world began in Paris at the five-star Hotel Concord Lafayette, within the creperie â€œChez Imogene,â€ one of the most respected in Paris. Years later, he returned to Spain and worked at the luxury pastry house known as â€œVaitâ€ in Madrid, prior to a period at one of the countryâ€™s best French pastry restaurants, â€œMoulin Chocolat.â€

In 2009, Alves joined the five-star luxury Hotel Villa Magna in Madrid, as a pastry chef, and with his experienced skill set in classic pastries, he became one of the industryâ€™s best. In January of 2013, Alves continued his career after being head-hunted by the award-winning hospitality group, COMO Hotels and Resorts, for a position as head pastry chef at the celebrated Ametsa with Arzak Instruction â€“ a recently awarded one Michelin Star restaurant within The Halkin hotel in Londonâ€™s Belgravia. Alves is currently the resident pastry chef at the award-winning Parrot Cay by COMO private island resort in the Turks and Caicos.

â€œFor me, the art of pastry is to mix the components, so that the quality, colors and textures of the prime ingredients allow the flavors to emerge,â€ says Alves. â€œEach element in the process must have its own role, whereby a simple macaroon or truffle becomes a complete experience. The pleasures in life come in small bites and a dessert should allow the consumer to recognize that when a flavor melts in the mouth, they are passionately discovering new interpretations of the traditional technique in French pastry. The presentation and taste must be in harmony for a dessert to become an object of desire.â€

Most of the creations by Chef Emanuel have become a staple on the dessert menu by COMO Hotels and Resorts in its properties worldwide, and guests will be able to experience his art form on the menu at The Traymore restaurant inside the new Metropolitan by COMO, Miami Beach from December this year. 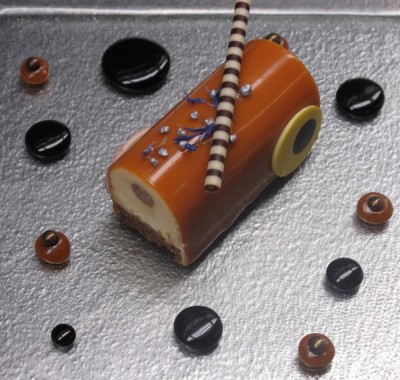 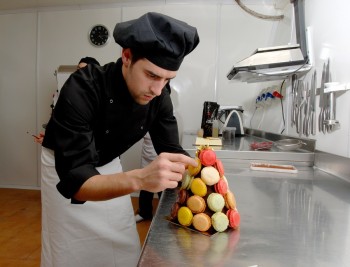 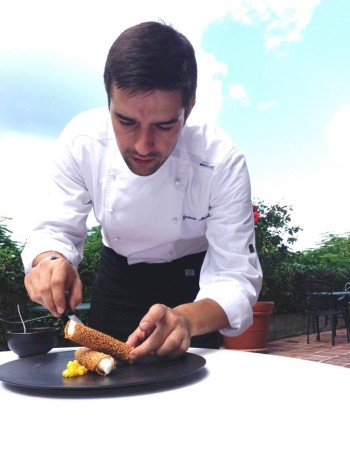 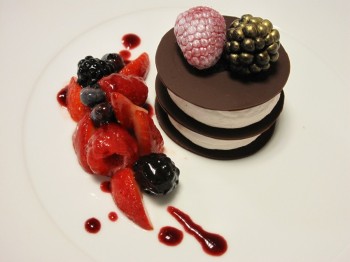