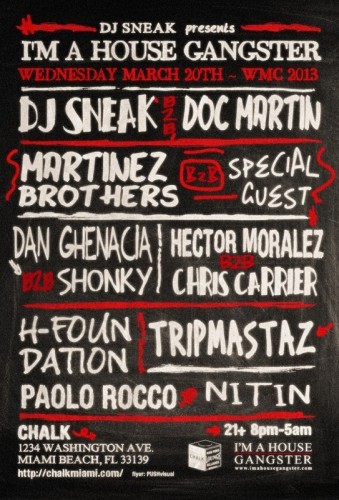 Chris and Steve Martinez were both still teenagers when they first seized the attention of the house music scene. And while their age may still be a sticking point for the lazier observers out there they’ve long since established themselves beyond their headline grabbing backstory. The Martinez Brothers are now a full-fledged force, enjoying one of the busiest touring schedules on the international circuit (from Australia to Zurich, and including a residency during Ibizaâ€™s much famed â€œseasonâ€), while still developing their striking brand of club-ready house music. The brothers have blazed a personal party style based on no specific style at all. As a rule of thumb, expect the unexpectedâ€¦ which is the appeal of a TMB party. No two sets will ever be the same, and the boys pride themselves on not limiting their soundâ€¦ or their audience.