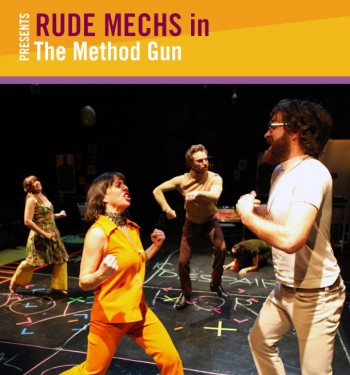 Miami Dade College’s MDC Live Arts presents the Rude Mechs in a wild and inventive look at the cult of acting in The Method Gun, a play about the ecstasy and excesses of performing. Daring and celebratory in roughly equal parts, it’s an irreverent cocktail of big ideas, cheap laughs, and dizzying spectacle. February 8th and 9th at the Colony Theatre. Information and tickets at www.mdclivearts.org and 305-237-3010.