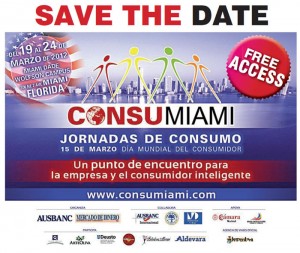 The event is firmly supported by important companies and firms, financial entities, institutions and international organization.

Spanish Consul in Miami, Cristina Barrios, who presented the ceremony, emphasized that â€œwe want to make the most of fairs and forums, like the one weâ€™ll have in two months, to continue the expansion of Spanish companies in South Florida, for which you can count on the Spanish Trade Office and the entire Spanish Consulate.â€

Ralph Nader, one of the most distinguished and international figures in the consumption field, will give the opening conference of the event.