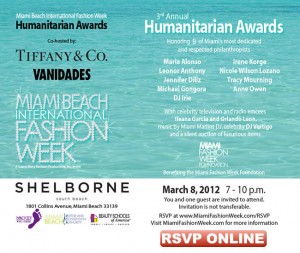 Others highlights for the evening include a showcase provided by Miamiâ€™s top fashion designers, a performance by Miami Marlinsâ€™ very own DJ Vertigo, celebrity guests and more. Itâ€™s a star studded event not to be missed!