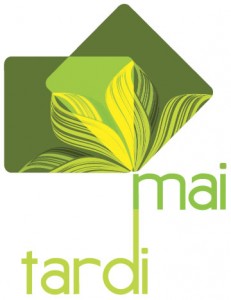 The evening will gather artists from MaiArt series, musicians from Noche Latina and MaiMusic, resident and visiting DJs, sponsors, partners and patrons who supported Maitardi since its opening. A stage will be set on site for impromptu live performances, projection of past events’ pictures and videos and additional surprises but more details will be unveiled on Maitardi’s Facebook page in the upcoming weeks.

Graspa Groupâ€™s successful venue in the Design District: Maitardi, has been one of the most beloved destinations in the area for locals and visitors alike since November 2009. With the recent interest by several luxury brands and a planned large-scale expansion in the area, DACRA, property owner of the Maitardi location, elected to retake the location.

Maitardi will host a final celebration with signature amuse-bouches by Graspa Groupâ€™s sister venues including Salumeria 104, Soyka, TiramesU, Spris, Van Dyke CafÃ© from 7 to 8pm and a Prosecco bar from 7 to 9pm by Segafredo Lâ€™Originale on Lincoln Road. The evening will gather artists from MaiArt series, musicians from Noche Latina and MaiMusic, resident and visiting DJs, sponsors, partners and patrons who supported Maitardi since its opening. A stage will be set on site for impromptu live performances, projection of past eventsâ€™ pictures and videos and additional surprises but more details will be unveiled on Maitardiâ€™s Facebook page in the upcoming weeks.

Two years ago, Graspa Group brought its team of experts together to create a restaurant with contemporary Italian cuisine in a unique location under 150-year-old oak trees and surrounded by beautiful mosaic walls. Maitardi has since become one of Design Districtâ€™s favorite destinations with weekly musical, monthly art and other uniquely themed events such as the yearly Notte Italiana, Taste of Graspa and Back to the Future. Maitardi boasts numerous stellar reviews by food writers locally, nationally and internationally, 144 reviews on Yelp.com with an average of 4 stars and is just shy of 1,000 followers on Facebook.

â€œWe are very excited at the possibility of coming back to the Design District once construction is done and we are grateful to everyone who have helped make Maitardi what it is today,â€ states Graziano Sbroggio of Graspa Group. â€œMaitardi enabled us to work with new and exciting elements including the beautiful and bountiful space, the contemporary Italian menu, the events and, of course, the patrons.â€

Said Craig Robins Dacraâ€™s CEO, â€œWe are hopeful that one of my favorite cafes in the neighborhood Maitardi will return after our planned expansion. They are part of the soul of the neighborhood and Graziano is one of the best operators in Miami.â€

In the meantime, Graspa Groupâ€™s team is focusing on its other venues including the newly opened Salumeria 104, a restaurant based on the Italian concept of a trattoria and small neighborhood shop, in which Graziano is lending his expertise to Chef operator Angelo Masarin. Soyka restaurant in the MIMO neighborhood, also a new member of the Graspa family, has undergone improvements to the overall operations raising the bar in the quality of food and service. Spris and TiramesU continue to be Lincoln Roadâ€™s favorite pizza and homemade pasta destinations while Van Dyke CafÃ© serves up international cuisine and internationally acclaimed music performers nightly Upstairs. At last but not least, Segafredo Lâ€™Originale on Lincoln Road has lined up an over-the-top series of events and DJs for 2012.

Graspa Group is also working on other endeavors soon to be announced.

Soyka Restaurant, 5556 NE 4th Court, a staple in the food scene sine 1999, Soykaâ€™s modern, mid-century inspired design and light American comfort cuisine, came under the management of Graspa Group in June 2011. The changes focused mostly on the newly refurnished Garden Room for private events as well as the freshness and high quality of the ingredients used. Soyka also features live jazz ever Friday and Saturday nights with a grand piano in the bar lounge area. www.soykarestaurant.com

TiramesU, 721 Lincoln Road, the first Italian restaurant on Lincoln Road, has served authentic regional Italian fares since 1988. The menu stays relevant with daily specials and customers come back for the delicious homemade pasta! Open daily for lunch and dinner. www.tiramesu.com

Spris, 731 Lincoln Road, is a casual pizzeria on Lincoln Road â€“ perfect for a quick bite with over 30 varieties of wood-burning brick-oven baked thin-crusted pizzas. Spris has earned many â€œBest Pizzaâ€ awards over the years but the eclectic menu also offers sandwich, salads and desserts worth trying. www.spris.cc

Van Dyke CafÃ©, 846 Lincoln Road, named as one of Time Magazineâ€™s Miami: 10 Things to Do in 24 Hours in 2010, is a favorite for its international breakfast, lunch and dinner fares, and continues the tradition as the only venue on Lincoln Road to catch live musical performances nightly. www.thevandykecafe.com