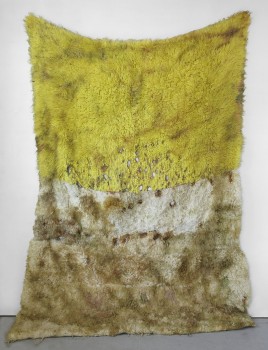 The theory of materialism, in modern philosophy, maintains that substance and matter are the only physical realities. Within the scope of contemporary art, many artists explore ideas of the intangible â€“ intellectually, conceptually, and visually. Conversely, It Ainâ€™t Fair: Materialism aims to focus on the physicality of artwork, the matter that constitutes an object, and the new methods employed by artists toward approaching material. This type of work not only values substance, it magnifies its significance.