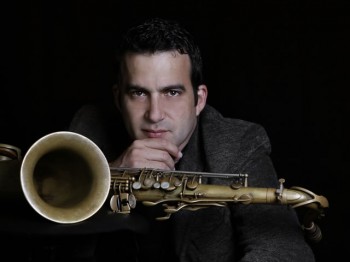 After moving to the United States in 1999, he started playing locally with great artists such as the late Celia Cruz, and also began performing regularly with GRAMMY Award-winner Arturo Sandoval in 2001. Felipe had the opportunity to participate in the recording of Arturo’s album “Trumpet Evolution” along with two DVD releases (“Live at Blue Note NYC” and “Live at the Ann Arbor Summer Festival”) as well as performing all over the world and participating in some of the most important Jazz festivals in America and Europe where he shared the stage with Herbie Hancock, Michael Brecker, Wynton Marsalis, Eldar, Marcus Miller and others.

It was later in 2004 when Felipe joined the GRAMMY Award-winner Gonzalo Rubalcaba, recording his GRAMMY Award-nominated album “Paseo”, released by the prestigious Blue Note Records. Around this time he kept on performing for two years with the New Cuban Quartet all over the world. In 2006 he arranged and played on Ignacio Berroaâ€™s new album “Codes”, also released by Blue Note Records and nominated for a GRAMMY as well. This led to performing with Mr. Berroaâ€™s quartet in diverse tours.

Recently Felipe worked as a producer in Arturo Sandovalâ€™s latest album “Rumba Palace”, which won a GRAMMY Award in 2008, being in charge of all the arrangement and composing. By the end of 2007 his first solo album “Dimensions”, recorded in Brazil, was released. This project incorporates his Afro-Cuban roots with strong influences of Jazz and Brazilian music. “I can assure you no other place in the world deserves my solo debut more. I really hope that everyone who in one way or another has followed and supported my music through all these years can enjoy this album and receive my sincere thanks through all my music.”