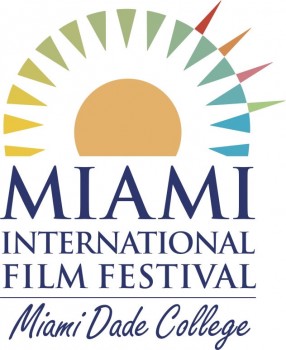 The annual festival, produced and presented by Miami Dade College, attracts more than 70,000 film enthusiasts and more than 400 filmmakers, producers, actors and industry professionals. During the past five years, the festival has screened films from more than 60 countries, including 300 East Coast, U.S. and world premieres.

Through Encuentros, the Festivalâ€™s mentorship and film development program for emerging filmmakers and projects from Spain, Portugal and Latin America, MIFF has become the natural gateway for the discovery of Ibero-American talent.

Fernando Trueba to open the Festival for the second time, this year with his animated musical feature, Chico & Rita

Miami, FL â€” Launching a new chapter with a new executive director, the official lineup of the Miami International Film Festival (MIFF), produced and presented by Miami Dade College (MDC), was announced today replete with Red Carpet Gusman Galas, Premieres, Competition Categories and Awards, REEL Education Seminars and other special presentations that make up the Festivalâ€™s showcase of more than 100 films from 40 countries during the 10-day event, which runs March 4-13, 2011.

The Festival launches on Friday, March 4 with the first Opening Night animated feature in its 28-year history: Chico & Rita by Fernando Trueba and Barcelona designer Javier Mariscal, a whirlwind, jazz-and-blues love story between a Cuban band leader and sultry chanteuse that spans from Havana to Hollywood and features the sounds of Dizzy Gillespie, Nat King Cole and Bebo Valdes. Trueba previously opened the 14th edition of MIFF, in 2004, with Belle Ã©poque. The Festivalâ€™s Awards Night takes place on Saturday, March 12 before the screening of Incendies by Denis Villeneuve (Polytechnique, Maelstrom), the French Canadian-Arab family drama that is Canadaâ€™s official submission for the Academy Awardsâ€™ Best Foreign Language Film race. Among the highlights of Awards Night is the presentation of the Venemovies Audience Award.

For the 2011 Career Achievement Tribute, on Sunday, March 6, the Festival honors prolific Danish filmmaker Susanne Bier (Brothers, After the Wedding, Things We Lost in the Fire). The Festival will screen her latest portrait of complex and complicated familial relationships, the 2011 Golden Globe Award Best Foreign Film winner, In a Better World, which is Denmarkâ€™s official submission for the Oscarsâ€™ Best Foreign Language Film category. Bier is confirmed to attend

â€œOnce again, we are extremely pleased to bring the best of cinema from around the world to Miami. Our rich program not only offers many escapes through the art of film, but also some wonderful educational opportunities,â€ said Miami Dade College President Dr. Eduardo J. PadrÃ³n.

â€œDreams are a key theme of MIFF 2011, starting with our 2011 official image from Stian Roenning,” explains Executive Director Jaie Laplante. “The directors of these films are a true â€˜dream teamâ€™ of cinematic artists. Their works will bestow a wizardly enchantment on this yearâ€™s Miami Film Society members and MIFF ticket buyers.â€

An opening night gala party, held at Miami Dade Collegeâ€™s historic Freedom Tower, will feature a tribute to Cuban music. Nine days later, the Festival will celebrate its award winners in all categories at a wrap-up celebration at the Design Districtâ€™s historic Moore Building. At the mid-point of the Festival, the Spanish films in this yearâ€™s lineup are celebrated with a spectacular event at the Miami Beach Botanical Gardens, the El Coto de Rioja Paella Parade, featuring paella dishes from some of Miamiâ€™s top restauranteurs.

Ibero-American Competition:
The Festivalâ€™s signature Ibero-American Competition is unique among U.S. film festivals and serves as a gateway to U.S. audiences for feature films by first-, second- and third-time directors from Spain, Portugal and Latin America seeking distribution and theatrical release. This yearâ€™s showcase will feature nine (9) films representing Argentina, Colombia, Cuba, Dominican Republic, Guatemala, Mexico, Spain and Uruguay. They will compete for the $20,000 cash John S. and James L. Knight Foundation Ibero-American Competition Award. Screenwriters of the films in this category will also be eligible to compete for the Jordan Alexander Ressler Screenwriting Award (a $5,000 cash prize). Both awards are selected by a Grand Jury.

â€œThis year’s Encuentros selection is especially unique as the majority of the projects being presented are in the post-production phase. My hope is to see some of these projects in the MIFF 2012 selection,â€ said Sanchez. â€œThe Encuentros programme adds a vibrancy and depth to the main cinema programme and allows us to give continued support to Ibero-American filmmakers who view Miami as their point of entry into the U.S. market.â€

â€œDoc You Upâ€ Program and DOX Competition:
A re-invigorated documentary section, with the new name of â€œDoc You Up,â€ has created for MIFF in 2011, will feature a fascinating collection of new works, several by past Academy Award winners and nominees. â€œThe documentaries we encountered this year provoked a series of conflicting emotions,â€ said Laplante. â€œAlthough there are documentaries throughout various sections of the Festival, the films in â€˜Doc You Upâ€™ engage many senses on a particularly provocative level.â€ Laplante credits Senior Program Consultant for Documentary Cinema, Thom Powers, as being instrumental in the programming of the new section.

The Doc You Up section will include a $10,000 cash John S. and James L. Knight Foundation DOX Competition Award, which will be selected by a Grand Jury. Doc You Up special events will include the REEL Education Seminar â€œA Conversation With…â€ Oscar nominee Morgan Spurlock, who challenged fast-food giant McDonaldâ€™s in Super Size Me. Spurlock is ready to take on Corporate Americaâ€™s obsession with branding and product placement in The Greatest Movie Ever Sold, which will have its world premiere at the upcoming Sundance Film Festival. The Spurlock seminar will be held Tuesday, March 8 at 6:00 p.m. at the W South Beach. A series of â€œmeet-and-greetsâ€ with documentary directors also will be scheduled around town during the Festival.

World Competition:
The Festivalâ€™s long-running World Competition is a showcase for new films by a mix of up-and-coming and established filmmakers from around the globe. This yearâ€™s showcase will feature ten (10) films representing Canada, China, Egypt, Germany, Iraq, Israel, Italy, Serbia, Spain and USA. The films will compete for the $20,000 cash John S. and James L. Knight Foundation World Competition Award.

A new addition to MIFF programming team this year, Andres Castillo, contributed heavily to this section.

About the Shorts Competition, â€œSpider Love IV from Roxy Sunny Rosaâ€™s Outer Spaceâ€:
The Festivalâ€™s perennial Shorts Competition gets rebranded in honor of the showcase of under-20 minutes films from developing international directors. This yearâ€™s slate will feature nine (9) films. They will compete for the University of Miami Grand Jury Award for Best Short (a $2,500 cash prize).

About Florida Focus and the CinemaSlam Competition:
This section promotes the work of Florida talents, filmmakers and subjects alike. The lineup includes:
Â· Making S*** Up, by director Bill Bilowit, gives the movie star treatment to Miami’s own conceptual artist, Bert Rodriguez. His eccentric life, battling his personal demons and transforming them into ingenious works of arts, is his masterpiece-in-progress.
Â· Magic City Memoirs, from executive producer Andy Garcia and Miami director Aaron Salgado, is a filmed-in-Miami, coming-of-age drama starring Dominik Garcia-Lorido (City Island), Natalie Martinez (Detroit 1-8-7) and Jordi Vilasuso (The Lost City).
Â· Mooney vs. Fowle, by director James Lipscomb, filmed in 1961, is a candid and searing documentary portrait of a Miami moment in time: That yearâ€™s Florida state football championship game between historical rivals, Miami High and Edison High, the coaches and their unorthodox methods and the players who lived it. Although produced for television, the film was not aired on local stations. On its 50th anniversary of its completion, MIFF will present the World Premiere and true Florida “From The Vault” screening.

The CinemaSlam Competition is a new event at MIFF this year. It is a talent showcase for emerging auteurs to crown the best made-in-Miami short films created by undergraduate and graduate students attending Miamiâ€™s top film schools. Online voting began December 7 and runs through January 28, 2011. The competition is a partnership between MIFF and the Miami International University of Art & Design. CinemaSlam films will be posted at http://miff.openfilm.com/. Winners will be announced at the awards ceremony that is tentatively scheduled for Wednesday, March 9 at 7:00 p.m. at the Colony Theatre on Miami Beach.

The REEL Music program returns with two dynamic entries: Passione, by Italian-American actor/director John Turturro, which explores the vibrant folk music tradition of Naples; and Flamenco Flamenco (Spain), from Festival favorite Carlos Saura, who once again re-teams with Oscar-winning cinematographer Vittorio Storaro for an unparalled performance film of the greatest in flamenco song and dance. The World Issues/World Films program returns with 3 topical films and panel seminars, including the World Premiere of the Spanish-language version of the Schulberg/Waletzy Restoration of the 1948 documentary â€œNurembergâ€, Stuart Schulbergâ€™s documentary of the Nuremberg trials which has never shown in the United States until last year. The provocative Cutting the Edge program, featuring films that push the boundaries of cinematic expectations, returns with new films from Mexico and Belgium, among others.

REEL Education Seminars and The 48-Hour Film Projectâ€™s FILMAPALOOZA 2011:
The Festival, through the REEL Education Seminar Series, offers industry professionals, students and the community at-large easy access to the latest news about film industry production, business development trends and networking opportunities. Some of this yearâ€™s seminars include: â€œReadyâ€¦Steadyâ€¦PITCHâ€ â€œCinematographerâ€™s Master Classâ€ (sponsored by ICG, the magazine of the International Cinematographers Guild), â€œFutureScape of Multiplatform Distribution in Latin American Distribution,â€ and â€œSoundtracking for Film & TV,â€ a joint venture with the 2011 Winter Music Conference. The Festivalâ€™s Industry Program receives significant support and investment from the Miami Beach Visitor & Convention Authority.

Returning to MIFF once again is Filmapalooza 2011, the international competition of 48 Hour Film Project city finalists. Teams of filmmakers from over 70 cities worldwide are given a character, prop, genre and a line of dialogue and must write, shoot and edit a film in just 48 hours.

About Miami International Film Festival
The Miami International Film Festival (MIFF), celebrating its 28th edition March 4-13, 2011, is the premier Ibero-American film festival in the U.S. The annual event, which is produced and presented by Miami Dade College, attracts more than 70,000 film enthusiasts and 400 filmmakers, stars and industry professionals. During the past five years, the festival has screened films from 60 countries and hosted 300 East Coast, U.S. and world premieres. Through Encuentros, the festivalâ€™s mentorship and film development program for filmmakers and projects from Spain, Portugal and Latin America, MIFF has become a primary gateway for the discovery of Ibero-American talent in the entertainment world. In addition, the festivalâ€™s REEL Education Seminar Series consistently attracts top executives from Warner Bros., Sony Pictures Classics, IFC Films, Fox Searchlight, DreamWorks Animation, HBO Films/HBO Latino and William Morris Endeavor, among many others. For more information, visit www.miamifilmfestival.com or call 305-237-MIFF (3456).

About Miami Dade College
Miami Dade College has a long and rich history of involvement in the cultural arts, providing South Florida with a vast array of artistic and literary offerings including The Miami Book Fair International, the Cultura del Lobo performing arts series, The Cuban Cinema Series, nine visual arts galleries including The Freedom Tower at Miami Dade College and the School of Entertainment and Design Technology in addition to the Miami International Film Festival. MDC is the largest institution of higher education in the country and is nationally recognized for many of its academic and cultural programs. With an enrollment of more than 170,000 students, MDC is the nationâ€™s top producer of associate in arts and associate in science degrees. The collegeâ€™s eight campuses and outreach centers offer more than 300 distinct degree programs, including baccalaureate degrees in education, nursing, public safety management and other in-demand fields.