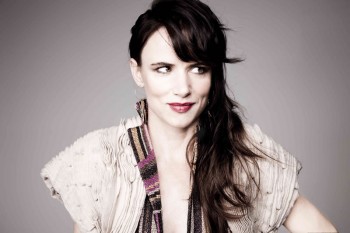 Limited tickets are available to the Dolphins-Bears game on Thursday, November 18th, that includes the pre-game Tailgate concert featuring Juliette Lewis and Joe Perry, on the Land Shark Tailgate Stage at the AT&T Grand Plaza. Fans should visit www.MiamiDolphins.com or call 1-888-FINS-TIX (1-888-346-7849) to purchase tickets.

The Miami Dolphins announced today that Academy Award-nominated Hollywood actress and recording artist, JULIETTE LEWIS, will perform with a special guest appearance by co-founding member, principal co-songwriter, lead guitarist and co-producer of Aerosmith, JOE PERRY, at the Land Shark Tailgate Stage on the AT&T Grand Plaza at Sun Life Stadium on Thursday, November 18th, prior to the Dolphins-Bears game presented by Wachovia. The exclusive pre-game Tailgate concert will begin at 7:00 p.m.

Following the release of two highly acclaimed albums with her band, The Licks, Juliette Lewis released her debut solo album Terra Incognita last fall. Produced by Omar Rodriguez-Lopez, Grammy Award winning leader of Mars Volta, her vocal performances on the album showcase a remarkably dynamic range going from haunting to soulful and roaring. Lewis wrote most of the 11 tracks with long time friend and musician Chris Watson and recorded the album in between both of her and Omarâ€™s tours at the end of 2008. The record was mixed by the legendary Rich Cosey (NIN, Muse, Foo Fighters). After performing a number of songs from her solo album, Juliette will be joined by special guest guitar legend from Aerosmith, Joe Perry, to perform two additional songs together live on-stage.

â€œIâ€™m looking forward to performing on the Land Shark Tailgate Stage for South Floridaâ€™s biggest party,â€ said Lewis. â€œOver the years, Iâ€™ve traveled around the country and overseas to perform at numerous concert venues and clubs, but rarely do I get to perform for such a major sporting event in front of an audience with such a passion for their home team. Iâ€™ve always been a big sports fan, so Iâ€™m looking forward to performing at Sun Life Stadium and seeing the Miami Dolphins in action.â€

After spending six years focusing on her music, Juliette Lewis recently made her return to the screen in four major film projects. She is currently receiving rave reviews from critics and audiences alike in â€œConviction,â€ in which she appears alongside Hilary Swank and Sam Rockwell. She also co-stars in director Todd Phillipsâ€™ new film, â€œDue Date,â€ out this month, with Robert Downey Jr. and Zach Galifianakis. Most recently Lewis appeared in â€œWhip It,â€ co-starring Ellen Page, Kristen Wiig and Jimmy Fallon, and â€œThe Switchâ€ with Jennifer Aniston and Jason Bateman.