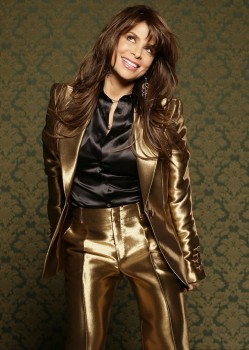 Tables, wishes and other sponsorship opportunities can be purchased by calling 954.967.9474, extension 318, or by visiting www.makeawishball.com.

â€œThis yearâ€™s Ball is destined to be the most memorable yet,â€ said Norman Wedderburn, President and CEO of the Make-A-Wish Foundation of Southern Florida. â€œWe have a very special and impactful line-up of events planned this year that, when coupled with the impressive list of participants and supporters â€“ most notably, Paula Abdul â€“ will make for an unforgettable evening and the perfect celebration following a record-breaking year of wish granting.â€

The Ballâ€™s â€œThree Amigosâ€ â€“ President/CEO of Make-A-Wish Foundation of Southern Florida, Norm Wedderburn; Ball Chairman Shareef Malnik, proprietor of The Forge | Restaurant and Wine Bar; and, InterContinental Miamiâ€™s General Manager Robert Hill â€“ have together made the Ball a reality. Hill stated, â€œIt is an honor to again join forces with these two outstanding gentlemen for a cause that has become near and dear to my heart and all of us here at the InterContinental Miami. With their contagious energy, unwavering support of South Floridaâ€™s kind-hearted philanthropists and the plentitude of enticing auction items, I have no doubt we will exceed our expectations yet again this year. Other notable contributors include Lifetime Benefactors Al and Nancy Malnik; Grand Benefactors Stanley and Gala Cohen; Founding Benefactors Howard and Barbara Glicken; and Wish Star Benefactor James L. Ferraro, as well as Wish Benefactors Harvey and Roberta Chaplin, Stuart A. Miller of Lennar Corporation and Robert Press of Trafalgar Capital Advisors.

Upon arrival, guests will immediately experience the excitement of this yearâ€™s Ball as they transcend into an Asian realm reminiscent of their great cultures. Produced by Javier Velarde of Triton Productions, the hotelâ€™s mezzanine will be transformed by Geishas, Samurai swordsmen, ribbon dancers, a gigantic Orange Blossom tree and other Asian visions that will be brought to life by the palpable energy of live Taiko drummers.

During the cocktail reception, guests will enjoy hors dâ€™oeuvres and cocktail stations while having the opportunity to bid on more than 130 premier items donated by top hospitality, entertainment, fashion and luxury brands 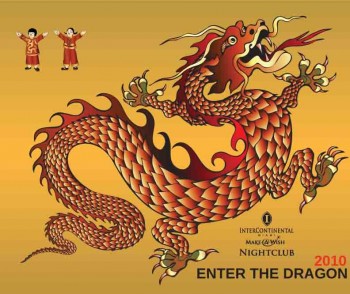 Following the reception, resident Ball and Miami Heat celebrity beat-master DJ Irie will lead guests into the main ballroom with lively music along with the aroma of Chef Feherâ€™s decadent dinner. After the 4 course meal, the Ballâ€™s famous action-packed live auction will ensue and will be emceed by none other than Paula Abdul, host of some of the worldâ€™s most notable television and award shows, who recently announced her venture as creative partner, executive producer and lead expert on a panel of judges for CBSâ€™s new show Live To Dance.

Up for bid will be a 2011 Ferraro 458 Italia donated by Ken Gorin of The Collection; a walk-on role for the film Tower Heist starring Ben Stiller, donated by director Brett Ratner; another walk-on roll for the USA Networkâ€™s hit show Burn Notice, filmed on-site in Miami; a $30,000 gift certificate for Rene Ruiz Couture provided by the designer himself; the ultimate Los Angeles Jet-Setting weekend getaway courtesy of Jason Binn and Niche Media; a luxurious Judith Ripka-inspired New York City experience complete with a $5,000 shopping piece from the designerâ€™s collection; and an all-expenses-paid getaway to chic hotspot St. Barthâ€™s, as well as a spectacular tour of the Orient with accommodations courtesy of InterContinental Hotels. 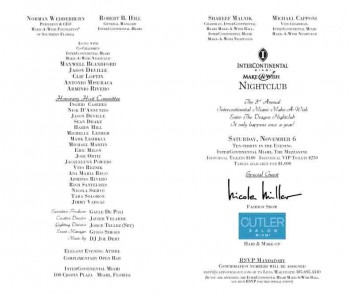 After the auction, guests will be entertained with a live grand finale performance by Tony Award-winning music production Jersey Boys, a story-like show based on the lives of famed 1960s rock-â€˜nâ€™-roll group, The Four Seasons.

For the third year in a row, the InterContinental Miami Make-A-Wish Nightclub â€œEnter the Dragonâ€ will celebrate and support the Ballâ€™s endeavors as well as introduce the Make-A-Wish Foundation of Southern Florida to the next generation of contributors. â€œThe InterContinental Miami Make-A-Wish Nightclub has been instrumental in raising awareness of the Ball and its mission to an entirely new group — a generation we hope will one day be our new lifetime benefactors and ultimately continue the power of the wish,” said Gala Chairman Malnik. You need to mention the fashion show by Nicole Miller – Michael Capponi, The Capponi Group and Antonio Misuraca â€“ reservations for the After Party can be made at 305-695-4410 or rsvp@capponigroup.com

Tables for the InterContinental Miami Make-A-Wish Ball range from $5,000 to $20,000. Wish Sponsorships start at $5,000. Tables, wishes and other sponsorship opportunities can be purchased by calling 954.967.9474, extension 318, or by visiting www.makeawishball.com.

The mission of the Make-A-Wish FoundationÂ® of Southern Florida is to grant the wishes of children with life-threatening medical conditions to enrich the human experience with hope, strength and joy. In its 15-year history, the InterContinental Miami Make-A-Wish Ball has raised in excess of $8.6 million. With these much needed funds, the Foundation has been able to grant more than 1,900 wishes for deserving children in our community. Past VIP guests of the Ball have included Pamela Anderson, Sharon Stone, Kim Kardashian, Esteban Cortazar, Governor Charlie Crist, Scottie and Larsa Pippen, Russell Simmons, Venus and Serena Williams, Don King, Sex in the Cityâ€™s Candace Bushnell, Marcus Schenkenberg, Pauly Shore, and performers Macy Gray, Natalie Cole and Wyclef Jean, Bernadette Peters, the late Nell Carter, Ricki Lake, Deborah Gibson, the Beatles tribute band Beatlemania and The Honey Brothers featuring Adrian Grenier.