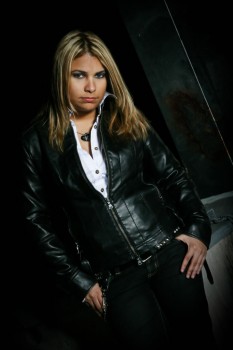 Oblivious Signal @ Miami Music Festival
November 12th and 13th, Midnight
The Pit, Churchill’s
Various Venues in Miami.
www.oblivioussignal.com
Oblivious Signal at Love Hate on at Midnight Friday, 11/12, and again at 1am on Saturday, 11/13.

With over 400 performances scheduled, Miami Music Festival will be one of the largest, most inclusive concerts of the year. The variety of talent showcased at this festival is rivalled only by the quality of the artists involved and the industry names represented.
Both a festival and a conference, guests from all over the world will converge on Miami for a week of networking and live performances by some of the best bands in the country.

Female fronted melodious metal band Oblivious Signal has been invited to perform at MMFâ€™s Love Hate at the stroke of midnight on Friday, 11/12 and again at 1am on Saturday, 11/13. Saturdayâ€™s showcase will be before representatives from Atlantic Records and other well known labels.

Their strong sense of melody and lyrical storytelling, metal roots and international inspirations have led Oblivious Signal to where they are now: A group on the edge of just about anything.

Lead guitarist and founding member Nick Orisino has surrounded himself with professional musicians to form a kind of super group, including not only Hammler, but also former pop vocalist Cristina T. Feliciano, whose Puerto Rican heritage allows her to sing in both English and Spanish, opening them up to broader audiences and increasing numbers of fans worldwide.