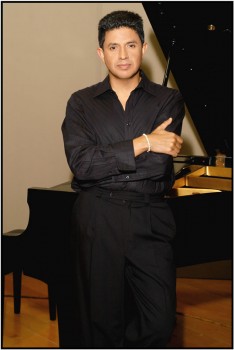 In 2007, Dogleg Records, a new independent company, released a recording of a live concert by the Wertico/Egan/Monasterios Trio entitled “Jazz Impressions”. Silvano composed, performed & co- produced two songs, including the title track, of the 2008 GRAMMY-nominated album, “The Magician”, by Sammy Figueroa & His Latin Jazz Explosion. This wonderful CD has been nominated as “Best Latin Jazz Album of the Year”.

The 4th World Ensemble, emerging in 2007 from Monasterios’ desire to experiment with the fusion of Latin Rhythms, World Music and Pure Jazz, features Monasterios on piano, accompanied by percussion, drums, bass and saxophone. The ensemble performs all original music composed and arranged by Silvano Monasterios.