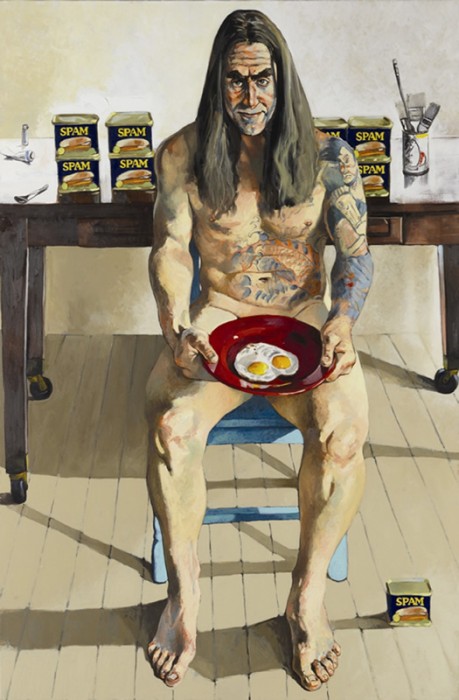 Contemporary painter Michael Costello paints childhood myths grown up. The Boston-based artist plays with perceptions of beauty, sexuality and maturity. Conventional standards of attraction are attacked and provoked in each brush stroke, while the complete image speaks of the marginalization of the individual in a society based on esthetic. Approximately twenty Costello paintings be part of his first Florida exhibition.

WHO/WHAT: The art of Michael Costello, a Boston-based contemporary realist painter, plays with perceptions of beauty, sexuality and maturity. Conventional standards of attraction are attacked and provoked in each brush stroke, while the complete image speaks of the marginalization of the individual in a society based on esthetic. His work has been described as â€œchildhood myths grown up and, therefore, uncomfortable mirrors on our own memories and perceptions of our maturity.â€

John Sutherland, a collector of Costelloâ€™s paintings and close friend of the artist, said: â€œI find his work a complete representation of the painter himself. Often finding as much of him as his subject matter in each work. This naturally is the hallmark of visual language at its best and what any student, collector, academic or passive patron could hope to find when pursuing another manâ€™s experience regardless of medium or expression.â€

During the past thirty years, Costelloâ€™s work has been exhibited extensively throughout New England and is included in numerous public and private collections including The Abrams Collection, The Federal Reserve, The Kemper Collection, and the Boston Public Library. In 2007, Costello was one of five artists chosen to be a Pollack Krasner Byrdcliffe Master. The Byrdcliffe Art Colony was founded by Ralph Radcliffe Whitehead to establish an environment in which artists could return to working while inspired by their natural surroundings. Michael began his artistic studies at Massachusetts College of Art and later received a graduate degree from the School of the Museum of Fine Arts.