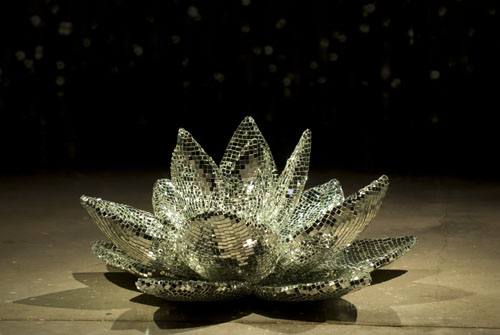 Target Wednesday After Hours at The Frost Art Museum cordially invites you to the Opening Reception of Aesthetics and Values 2010, and Wanderlust
March 24, 2010, 6 p.m. to 9 p.m.
The Frost Art Museum
10975 SW 17 Street,
Miami, FL 33199.
The exhibition is free and open to the public

Aesthetics and Values 2010 (A&V) exhibition and Wanderlust will host their opening reception during The Frost Art Museumâ€™s popular Target Wednesday After Hours series on March 24, 2010 from 6 to 9 p.m.
The A&V 2010 exhibition will feature the works of Bhakti Baxter, Xavier Cortada, Guerra de la Paz, Richard Haden, Bert Rodriguez, Gerry Stecca, TM Sisters, Frances Trombly, Wendy Wischer, and Ricardo E. Zulueta. This year, several of the artists featured will be making works specifically for the exhibition.
Jason Galbut, Pati Laylle and Kim Yantis, The Master of Fine Arts class of 2010 at FIUâ€™s School of Art & Art History, present a series of works produced during their tenure at FIU culminating in the exhibition, Wanderlust.
Target Wednesday After Hours is designed to complement The Frost Art Museumâ€™s exhibitions and give visitors the chance to meet contemporary artists and engage with controversial art, live music, talks, films, dance, and performance art. The event is free and open to the public.