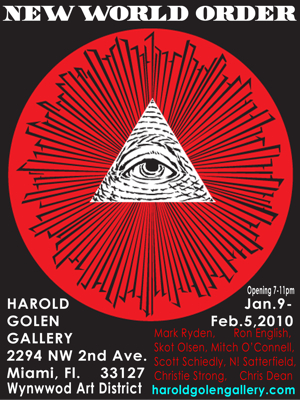 “NEW WORLD ORDER” or “NWO” refers to a conspiracy theory for the emergence of a one world currency, religion, language and an absolute fascist ONE WORLD GOVERNMENT.
A secretive satanic elite/Illuminati with a globalist agenda is conspiring to rule the world through an autonomous world government, which would replace sovereign nation-states and have absolute complete control of only 500 million remaining human inhabitants on Earth. Currently the Earth’s total human population is 6,794,400,000, which means most all of us will have to disappear! This is being accomplished with “Population Control”, which includes contrived wars, epidemic diseases, a poisoned food and water supply, drugs, poverty, artificially manipulated weather disasters and mass killings in concentration type camps. Significant occurrences in politics and financial disasters have been orchestrated by an extremely influential cabal of the wealthiest families in the world, such as the Rothchilds, Rockafellers, House of Windsor, The Bush family and more are operating through many front and corporate organizations. Numerous historical and current events such as 9/11 are seen as steps in an on-going plot to achieve world domination, through manipulation of the media, secret political gatherings and decision-manking processes in places as The United Nations, Bilderberg Group, Bohemian Club, Trilateral Commission, Free Masonry, The Vatican, Inner London, Washington D.C. and more.
With the “current” access to vast amounts of information by using the Internet, this knowledge has been seeping into popular culture thereby inaugurating an unrivaled period of concerned citizens actively preparing for apocalyptic scenarios in the United States and abroad.
An insurrectionary movement capable of subverting this established Illuminati agenda has been forming in various places around the world.
Please be informed and do research on this topic, you will find it quite fascinating!
See you there…
Â© 2007 HAROLDGOLENGALLERY. Visit us online at www.haroldgolengallery.com