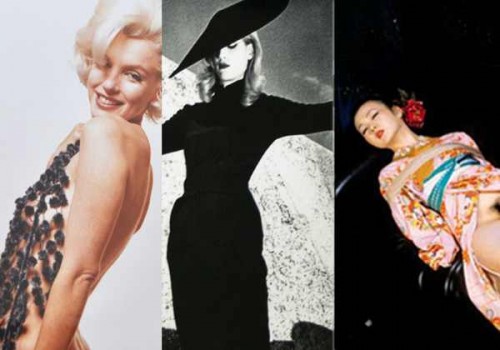 WOLFGANG ROTH & PARTNERS FINE ART Presents
WOMEN IN PHOTOGRAPHY
HELMUT NEWTON BERT STERN NOBUYOSHI ARAKI DAVID LACHAPELLE
SEPTEMBER 26 – NOVEMBER 14, 2009
OPENING RECEPTION FRIDAY, SEPTEMBER 25, 2009 / 7-10PM
Wolfgang Roth & Partners Fine Art is pleased to present a Fine Art Photography exhibition that takes a look at the portrayal of women in the twentieth century through the eyes of four masters of the medium- Helmut Newton, Bert Stern, Nobuyoshi Araki, and David LaChapelle.
Helmut Newton cemented his reputation as an undisputed master of Fashion Photography with his documentation of the collections of Yves Saint Laurent in the1970’s. Since then the power and appeal of his images have enabled later photographers such as Steven Meisel, David LaChapelle, Michel Comte and Mario Testino to make the transition from Fashion Photography to Fine Art. On view are over 100 works both in color and characteristic black and white.
The exhibition’s centerpiece is comprised of Bert Stern’s “The Last Sitting” (1962), a strong collection of portraits featuring Marilyn Monroe. Considered Stern’s best-known work, these images were shot for Vogue just three months before the actress’ death. These works convey not only her iconic beauty but also a palpable sense of sadness. Nineteen transparencies from this series disappeared and were recently found. Aptly dubbed “The Lost Sitting,” these works have remained both unpublished and unavailable to the public until now. One of the most ironic and riveting photographs of this series portrays Monroe in a brunette wig posing as Jackie Kennedy.
Also featured is the erotic, at times at times controversial work of Nobuyoshi Araki. Araki’s photographs have earned the artist a respected place in both eastern and western cultures. This has earned him a variety of high profile commissions from artists such as Bjork, for whom he photographed the cover and inner sleeve pages of her 1997 remix album, Telegram. In addition to having published over 350 books, Araki is considered one of the most prolific artists ever. His works are held in numerous museum collections including the Tate and the San Francisco Museum of Modern Art.
Finally, the exhibition is completed with the work of David LaChapelle, featuring the work “Amanda as Liz”. This piece references many of the cultural icons and art influences of the 1960s pop art movement. LaChapelle recreates unique works with his own brand of creative techni-color flair.
WOLFGANG ROTH & PARTNERS FINE ART
201 NE 39TH STREET
MIAMI DESIGN DISTRICT
FLORIDA 33137
T +1 305 576 6960
F +1 305 576 6961
OPEN TO THE PUBLIC TUESDAY – SATURDAY 11AM – 6PM
FOR MORE INFORMATION VISIT OUR WEBSITE WWW.WRPFINEART.COM