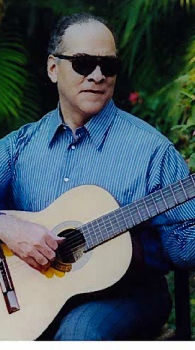 DATE: 08-20-2009
TIME: 8 pm
Program for the promotion of local creativity.
Guest artists: MartÃ­n Rojas
Artistic Coordinator: Erwin PÃ©rez
At CCEMiami. Free Admission.
MartÃ­n Rojas is one of the best Cuban guitarists in the last decades. He started to play this instrument in his born place La Habana after losing his vision when he was only 8 years old. Rojas has shared his talent numerous artists such as Malena Burke. Respected and venerated by several generations of musicians he is, with no doubt one of the essentials of contemporary Cuban music and confesses himself admiration for George Benson, Pat Metheny y del Cubano Isaac Nicola.
CONTACT PHONE: 305 448 9677