{Okay, I know it sounds silly, but this is alway so much fun!} 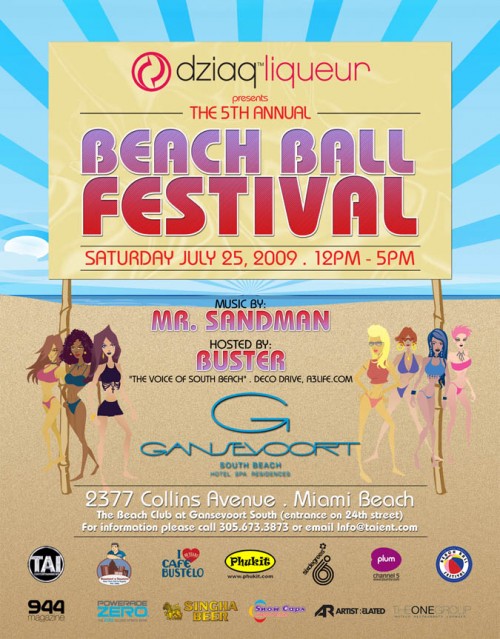 Crunch is the official gym partner of the 5th Annual Beach Ball Festival. Join us and teams of local bartenders and servers from South Beachâ€™s hottest clubs and restaurants as they battle it out for the title, â€œKing/Queen of the Beach.â€ The competition will include dodge ball, tug-of-war, rock climbing and more.
Enjoy live musical performances and witness the 2009 crowning of the best of the beach.
Saturday, July 25 on the beach (at 23rd Street), Miami Beach from 12pm â€“ 6pm
Music by Mr. Sandman, Hosted by Buster
At the Gansevoort South, 2377 Collins Ave, Miami Beach