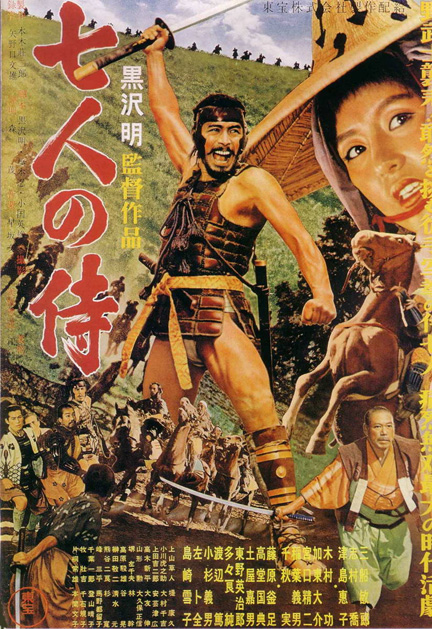 (Directed by Akira Kurosawa/Japan/1954)
With Tasashi Shimura, ToshirÃ´ Mifune, Yoshio Inaba
One of the most beloved movie epics of all time, Akira Kurosawa’s Seven Samurai (Shichinin no samurai) tells the story of a sixteenth-century village whose desperate inhabitants hire the eponymous warriors to protect them from invading bandits. This three-hour rideâ€”featuring legendary actors Toshiro Mifune and Takashi Shimuraâ€”seamlessly weaves philosophy and entertainment, delicate human emotions and relentless action into a rich, evocative, and unforgettable tale of courage and hope.
In Japanese with English subtitles.
WINNER: Venice Film Festival Silver Lion
Best Foreign Director Jussi Awards
â€œBreathtaking, fast-moving, and overflowing with a delightfully self-mocking sense of humor, Akira Kurosawa’s Seven Samurai is one of the most popular and influential Japanese films ever made.â€-David Ehrenstein
For tickets click HERE