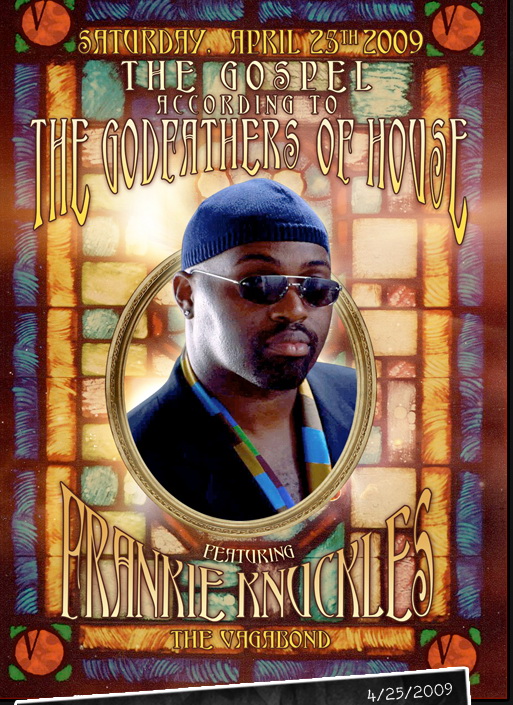 The Vagabond
you are no one. you are every one.

As one of the most renowned DJ’s in the world, Frankie Knuckles has been packing dance floors with his unique style for almost 30 years. Penned “The Godfather of House”, he has played a pivotal role in the creation and evolution of ‘House’ music. As a Producer and Re-mixer, he has lent his talents to some of R&B and Pop music’s elite. Artists such as Mary J. Blige, Sounds of Blackness, Michael Jackson, Janet Jackson, Diana Ross, Luther Vandross and Toni Braxton. Frankie’s production and mixing career was officially recognized by the music industry in 1997. He became the first recipient of a Grammy for “Re-mixer of The Year” and has served as a Governor and Trustee for the NYC chapter of The National Academy of Recording Arts & Sciences. On August 25th, 2004 the Mayor of Chicago proclaimed that date “Frankie Knuckles Day” and honored him with a street named “Frankie Knuckles Way”. Perpetually on the forefront of dance music, Frankie’s latest remixes of Hercules and Love Affair’s “Blind” and Depeche Mode’s “Wrong” has energized a new generation of dance floor devotees worldwide.
With Resident DJs