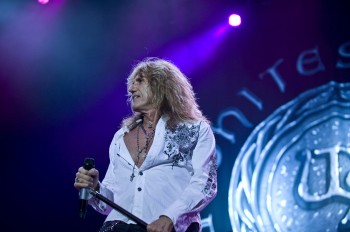 Whitesnake will perform for one night only at The Pavilion at Seminole Casino Coconut Creek on Friday, August 2 at 9 p.m. The concert will open with special guests Red Line Chemistry. General admission tickets are $40 and reserved seating is $55. Tickets are available at www.ticketmaster.com. All ages show. Doors open one hour prior to show start time.Tickets go on sale on Sunday, June 2 at 8 a.m.

Whitesnake, fronted by Deep Purple vocalist David Coverdale, emerged on the music scene in 1977. Fairly popular in Europe and Japan, the band didnâ€™t hit the American mainstream until 1984â€™s Slide It In – its first platinum album. Three years later, Whitesnake released an eponymous album (titled 1987 in Europe) that featured the hits “Still of the Night,” â€œHere I Go Again” and the power ballad, “Is This Love.”

In April of this year, the Whitesnake: Made in Japan DVD was released. Inspired by the performances from the nine sold-out UK shows and a further 87 performances from around the world, the live albums Made in Britain and the accompanying The World Record were born. Whitesnake will release the double live album, Made in Britain â€“ The World Record, on July 9. Musicians on the albums include David Coverdale (vocals), Doug Aldrich (guitars), Reb Beach (guitars), Michael Devin (bass), Brian Tichy (drums) and special guest Brian Ruedy (keyboards).