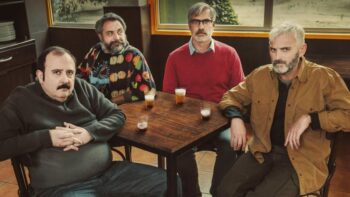 MDC’s Tower Theater Miami, one of the city’s most cherished landmarks, will screen The Unemployment Club which is a hilarious feature adaptation of director David Marqués’ famous short film El Club del Paro. Featured during MDC’s 39th annual Miami Film Festival, The Unemployment Club is about four friends who meet every morning in a bar to have a few beers and fix the world in their own way: criticizing and ranting against everything and everyone. The only thing they have in common is that they are all polar opposites of each other. And they are unemployed, well… all but one of them.