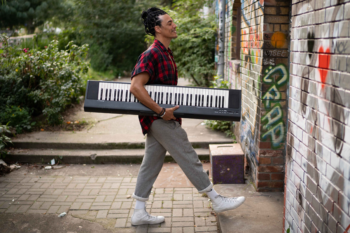 Jorge Luis Pacheco, is a virtuoso pianist, composer, arranger, percussionist and singer. He won the “Audience Award” and the “Second Jury Award” at the International Jazz Piano Competition Montreux Switzerland in July 2014. In 2017 Pacheco also won the best solo and performance award in the jazz contest “Made in New York” in New York City. Monty Alexander exclaims he “defies genre.”