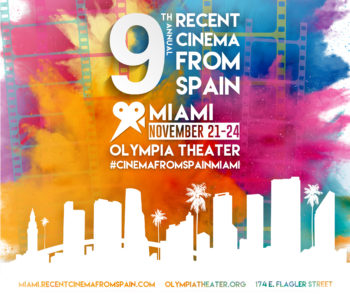 Recent Cinema from Spain is the most important annual Spanish film showcase in Miami. After 8 editions, the series has become well established and has won its place on the city’s cultural and cinematic calendar. Every year the series gathers more than 4,000 viewers. Recent Cinema from Spain brings to Miami the unique opportunity to meet & greet Spanish film celebrities who are resenting the films and who participate in Q&A sessions after the movies. The series brings to Florida
the diversity of Spanish cinema.