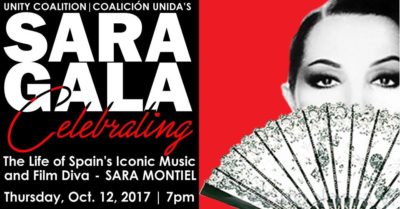 Sara Montiel (1928-2013) is widely considered one of Spain’s greatest female film stars of the 20th century: but it is perhaps more for what she managed, with huge skill, to come to symbolize than for her artistic output that she will be remembered long-term.

She was the first Spanish actress to conquer Hollywood in the 1950s, acting alongside Burt Lancaster and Gary Cooper – and her beauty helped her gain a trail of lovers and husbands that ranged from Hemingway (who taught her to smoke cigars) to the film director Anthony Mann.

Sara Montiel is revered as an LGBT Icon, for her beauty, fierceness & relentless pursuit of gender equality.