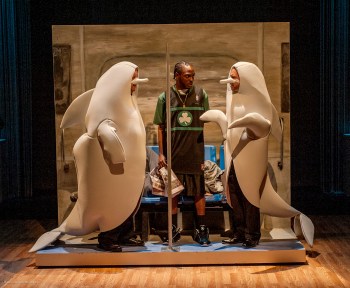 Directed by City Theatre Producing Artistic Director John Manzelli, In the Lobby Lounge . . . City Theatre! will give audiences a first-hand role in the process that scripts go through on their way from page to stage. Audiences serve as critic and supporter, or even as actor, while also having a peek at what makes City Theatre a center for fresh, new works.

This year’s winning play of the City Theatre National Award for Short Playwrighting Contest is guaranteed a production in the 20th annual Summer Shorts Festival that will take place from June 4 – 28, 2015 at The Adrienne Arsht Center for the Performing Arts of Miami-Dade County, along with an incredible line-up of scripts penned by the country’s best writers. The playwright will also receive a $1,000 cash prize, royalties, and an invitation to Miami for the festival and to take part in the Citywrights: Professional Weekend for Playwrights from June 25 – 28, 2015.

The Olympia Theaterâ€™s â€œIn the Lobby Loungeâ€ series is sponsored by the Miami Downtown Development Authority, with grant funding from the John S. and James L. Knight Foundation.

In the Lobby Lounge…City Theatre! is a free event that is open to the public. Doors will open at 6 p.m. and the readings will start at 6:30 p.m. Cocktails will be available at the cash bar. Attendees are invited to enjoy a guided tour of the historic Olympia Theater during intermission.
For more information on City Theatre, call (305) 755-9401 or visit www.citytheatre.com.