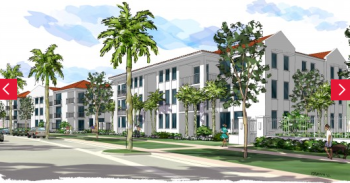 Developers have vowed to set 40 acres out of the 88 purchased aside for a preserve, but that isn’t enough for the people of Miami. Â An online petition created by activist Chris Wolverton called, thepetitionsite.com has almost 35,000 signatures fighting against the new developemental plans. Â Leslye’s petition has already attracted 8,000 signatures as well. Â Lesyle plans to present the petition to the Miami-Dade County Mayor Carlos Gimenez along with Gov. Rick Scott.

As residents of Miami, how do you feel about the plans for the development of the land? Â Do you think it should all be protected or are you okay with the new plans to develop? Let us know on twitter, Tweet us at @Loop305 with the #TalkAboutitTuesday