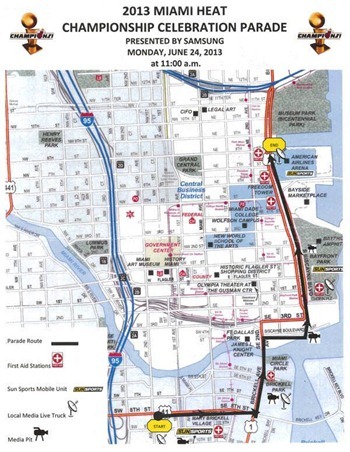 The parade’s one-way route starts at SW 8 St @ SW 2 Ave in Brickell at 11am. The parade caravan will then head north on Brickell Avenue, across the bridge, curve right onto Biscayne Boulevard and continue North. The parade route will end at the American Airlines Arena (NE 8 St) by approximately 12:30pm

Parade-goers are encouraged to spread out along the entire route. Please note that backpacks are prohibited.

Metromover will be operating with additional cars.

Free parking is available at Park and Ride lots.