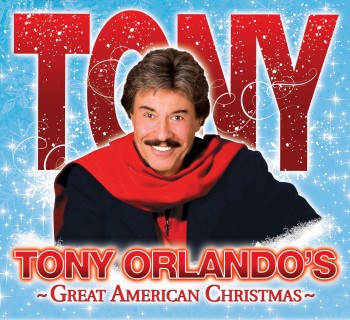 Just in time for the holidays, one of Americaâ€™s most endearing and enduring stars, Tony Orlando, is coming to town! The star will dazzle South Florida with his â€œGreat American Christmas Showâ€ at The Pavilion at Seminole Casino Coconut Creek on Saturday, December 22 at 8 p.m. The festive show is a classic filled with the joy and music of the season along with some of his greatest hits that has been running for 19 years in both Las Vegas and Orlandoâ€™s hometown of Branson, Missouri.

Orlando has a unique ability to move and excite an audience unlike any other, and became a teenage idol at the age of 16 with his first hit, â€œHalfway to Paradiseâ€ in 1961. Soon after he became a music publisher for Clive Davis at April-Blackwood Music, where he signed popular songwriters such as James Taylor. His career continued to expand when he lent his voice to a demo record for the song titled â€œCandidaâ€ that became wildly popular and climbed the charts all the way to number one.

Following this success, he recorded the mega sensation â€œKnock Three Timesâ€ which not only became number one, but was the top song of 1971 selling over six million copies worldwide, and was featured in the hit movie Now and Then. Three additional number one hits soon followed, â€œTie A Yellow Ribbon â€˜Round The Ole Oak Tree,â€ â€œMy Sweet Gypsy Roseâ€ and â€œHe Donâ€™t Love You (Like I Love You).â€

Deciding to jump full force into what was already a meteoric rise to the top, Orlando released a string of even more successful songs, including â€œWhoâ€™s in the Strawberry Patch with Sally,â€ â€œCupid,â€ â€œSteppinâ€™ Out-Iâ€™m Gonna Boogie Tonightâ€ and â€œMorninâ€™ Beautiful.â€ To date, he has sold millions of records across the globe and remains one of Americaâ€™s most beloved personalities.

Over the years, he has been a recipient of three American Music Awards, a Peopleâ€™s Choice Award and was one of the first entertainers to be featured as a subject of VH1â€™s Behind the Music in 1998. He was also awarded a star on the Hollywood Walk of Fame in 1990 for his outstanding achievements in the entertainment industry.

Tickets start at $20* and are available at www.ticketmaster.com. *Additional fees may apply