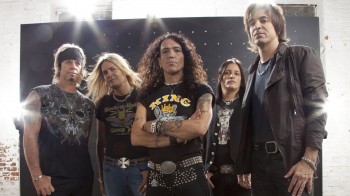 Seminole Casino Coconut Creek is offering the chance to â€œfeel the noizeâ€ and see the rock and roll phenomenon Quiet Riot at Nectar Lounge FREE on Saturday, October 20 at 9 p.m. The Los Angeles quartet became an overnight sensation thanks to their monster 1983 smash album Metal Health.

Metal Health’s title track had been released as the album’s first single and reached No. 31 on the charts. The songâ€™s success could be attributed to its appearance in the 1984 movie Footloose, as well as its popularity as a heavily-rotated video on MTV. The album stormed up the U.S. charts, duly reaching the number one spot and going platinum five times over in the process at that time.

Quiet Riot returned to the studio to record 1984’s Condition Critical, which went on to sell over 2 million copies in the U.S. and included another chart-ready Slade cover in “Mama Weer All Crazee Now” and the self-penned “Party All Night.” The group has since gone on to release several successful albums and tour worldwide, and has been ranked on VH1’s “100 Greatest Artists of Hard Rock.”