Named as one of Time Magazineâ€™s Miami: 10 Things to Do in 24 Hours in 2010, Van Dyke CafÃ© is a favorite for its international fares, and continues the tradition as the only venue on Lincoln Road to catch live musical performances nightly with jazz, funk, rock, Latin, house, pop, blues, bossa, salsa, R&B and so much more. www.thevandykecafe.com 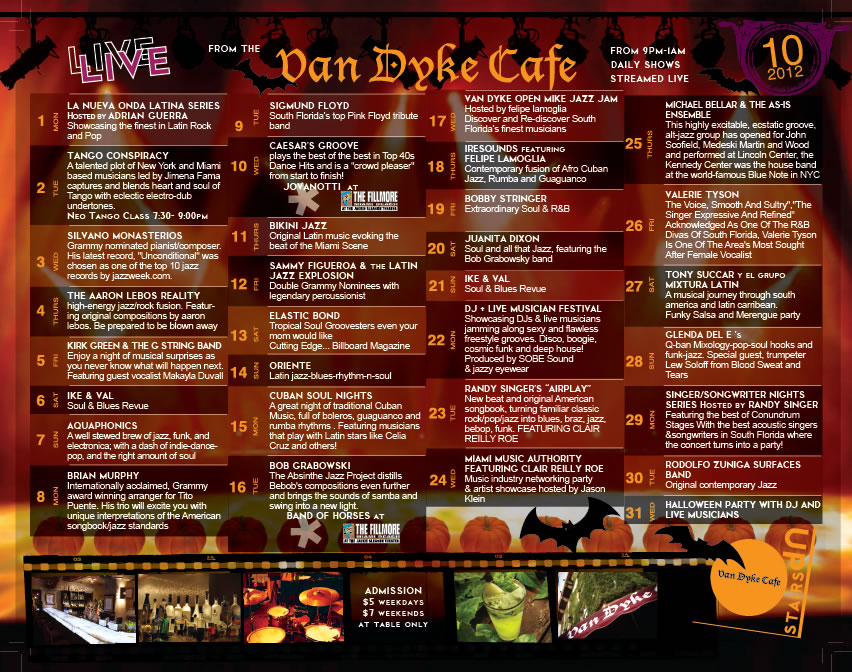