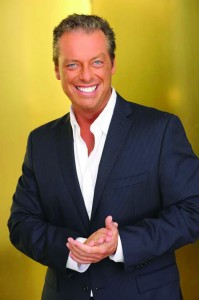 Fans can â€œcome on downâ€ to The Price Is Right Liveâ„¢ in The Pavilion at Seminole Casino Immokalee now through Monday, June 18. Theyâ€™ll get a chance to win cash, prizes and those fabulous showcases. The acclaimed live version of Americaâ€™s favorite and longest-running TV game show is hosted by TV personality Todd Newton.

The traveling show by FremantleMedia, which also produces â€œThe Price Is Right,â€ â€œThe X Factorâ€ and other TV shows, features classic fan-favorite games including Plinko, Cliff Hangers, The Big Wheel and Showcase Showdown. Since 2004, one million fans have seen The Price Is Right Live, during which time more than $10 million in cash and prizes have been given away. The show recently completed two successful runs at The Palace Theater at Ballyâ€™s Atlantic City.

The Pavilion is a 700-seat entertainment venue that opened in February 2009 as part of the casinoâ€™s $22 million expansion. Numerous concerts have already been held in it, including Blood Sweat & Tears and David Allen Coe.

The Price Is Right Live host, Todd Newton, is well-known to television audiences for his work as host on E! Entertainment Television. For nearly a decade, he provided an all-access pass to red carpet events, movie premieres, behind-the-scenes of TV shows and celebrity interviews. Newton has hosted â€œHollywood Showdown,â€ â€œWhammy!: The All-New Press Your Luck,â€ â€œGameshow Marathonâ€ and â€œInstant Millionaireâ€ and is currently the host of â€œFamily Game Nightâ€ on The Hub, for which he was nominated for an Emmy Award for Outstanding Game Show Host. Todd Newton has won over fans everywhere with his exuberant personality and high-quality showmanship as host of The Price is Right Live.