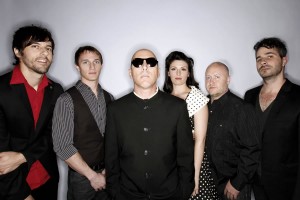 Puscifer, the electro-rock outfit led by Maynard James Keenan (Tool, A Perfect Circle), launch their third tour in support of sophomore album Conditions of My Parole on June 9 at Bonnaroo with a three week tour to follow including a stop at the River’s Edge Music Festival in St. Paul, Minn.

An ever-evolving performance troupe, Puscifer performances mix music, sketch comedy and video elements to create what The Boston Globe referred to as “musical theater,” the San Francisco Chronicle called “a free for all comedy rock extravaganza” and the Spin described the evening as “seductive.”

A limited number of “Community Service” VIP packages will be available simultaneously via http://puscifer.frontgatetickets.com. These will not be available for the band’s Bonnaroo or River’s Edge Music Festival performances.