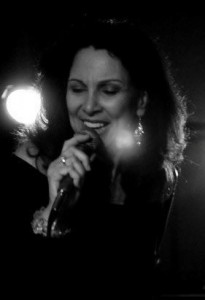 For more- information or to purchase tickets, contact Pinecrest Gardens at 877-496-8499, or visit online at www.pinecrest-fl.gov. For information on Debbie Orta, contact KCC Productions at 305-332-2623.

Debbie Orta will bring her voice and scholarship to Pinecrest Gardens, surveying the songs of the great Ella Fitzgerald and Billie Holiday. Born in New York, Debbie performed American music until moving to Miami, where her Spanish roots drew her to the Latin sounds of the city where she performed for several years with a salsa band called â€œCloudsâ€. She was later offered a spot as lead female vocalist with an American show band at Ballyâ€™s Casino in Atlantic City, New Jersey. It was there that she later auditioned for the main showroom at the Sands, featuring Jose Luis Rodriguez (â€œEl Pumaâ€). She was hired on the spot as a backup singer on his world tour, also playing flute parts in the show for several years. During this time she performed as singer/dancer with another Latin heartthrob, Chayanne. Back home to raise her two children, Debbie has returned to her jazz roots, enriched by years of travel in the U.S., South America, Mexico, Canada, Australia and Europe. She has shared the stage with notable jazz musicians such as Mike Orta, Othello Molineaux, Turk Mauro, Jim Gasior, Brian Murphy, Carlos Averhoff, and Silvano Monasterios.

Now based in South Florida, Debbie Orta is accompanied by an outstanding quartet of esteemed jazz musicians. Since its inception, â€œThe Debbie Orta Jazz Quintetâ€ has performed at Jazz Festivals and clubs including the SunTrust Sunday Jazz Brunch Series, Hollywood Beach Concert Series, Arturo Sandovalâ€™s Jazz Club, The Seminole Hard Rock Casino, Jazziz, The Van Dyke CafÃ© in South Beach, and is a regular performer at the world famous Setai Jazz Brunch on South Beach, among others. She is a featured performer in the prestigious Sunshine Jazz Organization of Miami. Debbie was the only South Florida jazz artist invited to perform at South Floridaâ€™s premier music festival, SunFest 2009, opening the Sunday Jazz Brunch for jazz fusion group, â€œSpyro Gyraâ€.

Debbie has created a seminar, entitled, â€œJazz Galsâ€, originally presented at at Nova Southeastern University and subsequently expanded into a show with Wendy Pedersen at Sunrise Civic Center; it is a retrospective of the great female jazz vocalists of the 20th Century and today.

Debbie and her band perform a terrific jazz repertoire from the Great American Songbook, as well as Brazilian and Latin jazz arrangements, and jazz/funk feels flexing her voice over several octaves. Debbieâ€™s swinging jazz and smoky ballads are always intriguing, whether classic or contemporary, sad or joyful.