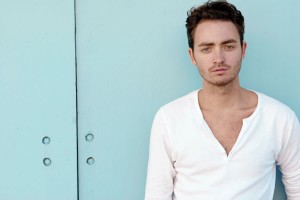 Aussie pro-surfer turned pop singer-songwriter and guitarist, Ry Cuming, will make his Adrienne Arsht Center debut on April 17, 2012 at 8 p.m. in the intimate Carnival Studio Theater (Ziff Ballet Opera House). On the heels of his 2011 tour with Grammy Award-winning band Maroon 5, Ry Cuming is set to make South Florida audiences swoon with an acoustic performance of his hits â€œSome Kind of Love,â€ â€œAlways Remember Meâ€ featuring Sara Bareilles and other songs from his self-titled debut album.

Opening for Ry Cuming is Miami-based singer/musician Jesse Jackson who has not only won Miami New Timesâ€™ â€œBest Solo Musician 2006,â€ but according to Atlas Plugged he is considered to be â€œMiamiâ€™s Tom Waits.â€ Viewed as one of the indie artists in the forefront of South Floridaâ€™s music scene, Jackson is a talented bluesy singer who channels the folk sound of Bob Dylan and the smoothness of legendary jazz player Mose Allison.