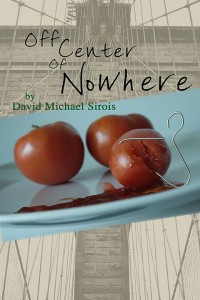 To make reservations, e-mail us at reservations@thealliancetheatrelab.com
or call 305.259.0418.

The Alliance Theatre Lab is proud to open its 6th Season with the world premiere of David Michael Siroisâ€™ Off Center of Nowhere.

Jackie, a 17 year old Brooklyn high school student, has a secret to tell her parents. But, in confessing her one secret, it unleashes a string of confessions that can destroy her whole family. As the story unfolds, the characters are faced with moral conundrums that deal with abortion, racism and religion.

â€œThis play deals with the fragility of belief systems, and the lengths a person is willing to go to as long as honesty is the foundation,â€ says Sirois.

David Michael Sirois was nominated for a 2011 Carbonell for â€œBest New Workâ€ for his world premiere, Brothers Beckett, last season at The Alliance Theatre Lab.