Movies on the Lawn 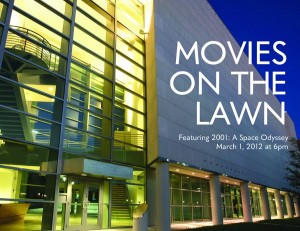 Bring your blankets and beach chairs and join us for the next installment of Movies on the Lawn. The Frost Art Museum will screen Stanley Kubrickâ€™s hit 2001: A Space Odyssey. The film deals with a series of encounters between humans and mysterious black monoliths that are affecting human evolution, and a space voyage to Jupiter tracing a signal emitted by one such monolith found on the moon. The film is largely regarded as one of the greatest and most influential films of all times. There is no better way to watch this 1968 hit, than under the stars on a big screen.