David Brenner – A Night of Comedy 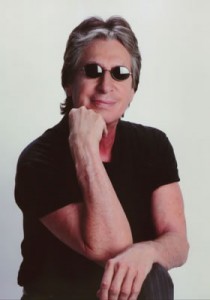 David Brenner brings his unique brand of comedy to the Alper JCC Robert Russell Theater on Thursday, Feb. 9, 2012. He began his remarkable career with a national debut on The Tonight Show, and has gone on to make the most appearances of any guest in the showâ€™s history. He has done four HBO Specials, his most recent, â€œDavid Brenner: Back with a Vengeanceâ€ proved once again that the Philadelphia native is still â€œthe ultimate comeback kidder.â€ Before becoming a comedian, he enjoyed a successful career as the writer/producer/director of 115 television documentaries and his work earned him a total of nearly thirty awards including an Emmy. He is the author of five books his latest, â€œI Think Thereâ€™s a Terrorist in My Soup,â€ and makes frequent appearances as a political pundit on news oriented shows, like CNN and The Fox Network.