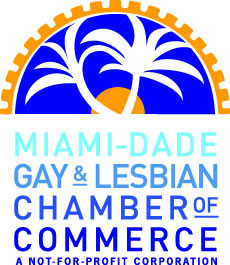 Tickets are $125 and are available online at www.eqfl.org/miamigala or by calling (813) 870-3735. Information on sponsor benefits, beginning at $500, is also available on the website.

On Sunday, March 18, Equality Florida Institute will honor journalist Steve Rothaus and the Miami-Dade Gay & Lesbian Chamber of Commerce (MDGLCC) for their steadfast support of South Floridaâ€™s lesbian, gay, bisexual and transgender (LGBT) community. The event will take place at the Bass Museum of Art on Miami Beach and begins at 5:30PM.

Equality Florida Institute, the largest civil rights organization dedicated to securing full equality for Florida’s LGBT community, will present Steve with the Voice for Equality Award and will recognize MDGLCC with the Equality Means Business Award. 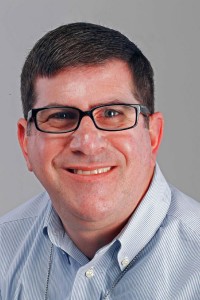 “Our honorees have been pioneers in finding new ways to give voice and visibility to the LGBT community,” said Nadine Smith, Executive Director of Equality Florida. “Steve Rothaus was out, open and honest at a time when many journalists stayed in the closet out of fear of losing their jobs, and the Chamber has become a national model for demonstrating the economic impact of LGBT businesses.”
Best known for his popular daily blog, “Steve Rothaus’ Gay South Florida, the 25-year veteran reporter at The Miami Herald has become one of the nationâ€™s most respected journalists covering issues that impact the LGBT community.

The impact of Steve’s work has been recognized by many notable organizations, including: Gay & Lesbian Alliance Against Defamation (GLAAD), Dolphin Democratic Club, Gay and Lesbian Community Center of South Florida, Unity Coalition and the Miami-Dade chapter of the American Psychological Association. In 2010, the Miami-Dade Gay & Lesbian Chamber of Commerce named him Business Person of the Year.

Steve and his life partner, public relations executive Ric Katz, have been together since 1985.
Founded in 1999 through the merger of the South Beach Business Guild and Miami Network, the Miami- Dade Gay & Lesbian Chamber of Commerce has grown exponentially to become the largest not-for-profit corporation in the county for LGBT and gay-friendly businesses. Under the leadership of Steve Adkins for the past seven years, MDGLCC has grown to include more than 600 members and has achieved an impressive roster of far-reaching accomplishments, including the 2010 opening of the first and only LGBT Visitors Center of its kind in the world. The Center has attracted more than 6,000 visitors since it opened, serving as a valuable resource for tourists, residents, business and political leaders and the community at large.

Lawmakers and community leaders from across the County are expected to attend the Equality Florida Miami Gala, which promises to be a spectacular event, drawing more than 300 attendees. Nadine Smith, Equality Floridaâ€™s Executive Director, will present a State of the State Address at the elegant cocktail reception.

Equality Florida is the largest civil rights organization dedicated to securing full equality for LGBT community. Through lobbying, grassroots organizing, education, and coalition building, we are changing Florida so that no one suffers harassment or discrimination on the basis of their sexual orientation or gender identity.