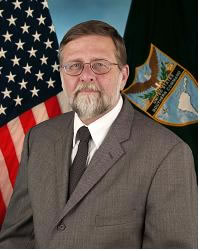 Parking information: Multi-story parking located on the opposite side of Ray Ferrero Blvd. across from the Carl Desantis Bldg.

If you have any questions or encounter any difficulties registering, please contact Danna Daughtry, Club Administrator at (786) 206-4867 or admin@whartonsouthfla.com.

Ambassador Paul A. Trivelli retired from the Foreign Service on September 30, 2011. His most recent posting was as Civilian Deputy to the Commander and Foreign Policy Advisor, U.S. Southern Command, Miami, Fla., since August 2008. As Civilian Deputy to the Commander, he was primarily responsible for overseeing the development and ongoing refinement of USSOUTHCOM regional strategy as well as the CommandÃ¢â‚¬â„¢s strategic communications and public affairs activities. He also played a key role in interagency and business engagement. As Foreign Policy Advisor, he advised the Commander and other principals on U.S. foreign policy issues linked to the region and supported the CommandÃ¢â‚¬â„¢s relationship with the Department of State and U.S. Embassies abroad.

Previously, Ambassador Trivelli served as U.S. Ambassador to Nicaragua from September 2005 to August 2008. A career member of the Senior Foreign Service with the rank of Minister Counselor (two-star equivalent), he joined the Foreign Service in 1978.

For most of his career, Ambassador Trivelli served as an Economic/Commercial Officer. He has been posted in Mexico City, Mexico; the Department of StateÃ¢â‚¬â„¢s Bureau of Western Hemisphere Affairs, Washington, D.C.; Quito, Ecuador; Panama City, Panama; San Salvador, El Salvador; Monterrey, Mexico; and Managua, Nicaragua.

Ambassador Trivelli served as Deputy Chief of Mission of the U.S. Embassy in Tegucigalpa, Honduras, from July 1998 to July 2002. He was Director of the Office of Central American Affairs in the Department of StateÃ¢â‚¬â„¢s Bureau of Western Hemisphere Affairs, Washington, D.C., from July 2002 to November 2003.