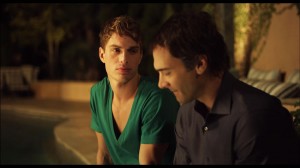 The month of February in Miami usually consists of parties and food festivals, but donâ€™t forget the popular Miami Gay and Lesbian Film Festivalâ€™s HBO Latin America â€œGLOWâ€ (Gays & Lesbians On Wednesdays) movie series. The Miami Gay & Lesbian Film Festival is excited to be presenting the screening of â€œGoing Down in La La Land.â€ This will be the final screening of the inaugural GLOW Miami movie screening series, as the Festival prepares for their 14th Annual Miami Gay & Lesbian Film Festival, which is held on April 27-May 6, 2012. Movie fanatics are invited to attend the pre-GLOW reception where guests will enjoy cocktails provided by Chambord Vodka and Herradura Tequila, while nibbling on a variety of hors dâ€™ oeuvres provided by The Palace.

Filmmaker Casper Andreas will be hosting a Q&A session via Skype directly after the film.

The GLOW Miami movie screenings will return in September 2012 and run through February 2013, and continue in 2014. HBO Latin America has committed to be the Sole Presenting Sponsor for an additional two years.