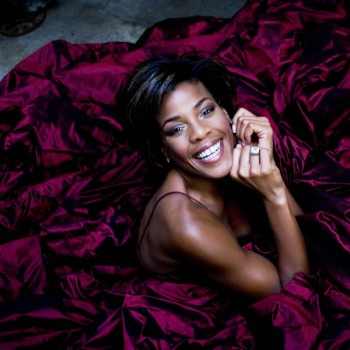 Nicole has won praise from both critics and audiences worldwide for her powerful ability to truly touch and inspire people with her beautiful voice and stunning presence. She has released four international Top 10 jazz CDs and has toured more than 14 countries.

Now, just months after the release of her critically-acclaimed CD Embraceable, Nicole keeps the momentum rolling with a joyous jazz collection of holiday-themed classics recorded live at the Cotton Club in Tokyo.

â€œSinging holiday music has always brought me so much joy, and being able to spread this joy is a rare privilege,â€ said the Miami-based Henry. â€œIt truly is the season for sharing and giving joy generously from the heart, thus the perfect occasion to create a live musical holiday.â€

Backed by Pete Wallace (piano), James McCoy (bass) and David Chiverton (drums, percussion), Nicole puts her own soulful and spirited spin on the festive tunes. From The Sound of Music, â€œMy Favorite Thingsâ€ is presented as an intricately arranged groovy waltz. Starting out playfully, â€œRudolph the Red-Nosed Reindeerâ€ evolves from a childrenâ€™s standard into a toe-tapping, finger-popping swinger. She delivers a sterling rendition of â€œThe Christmas Song (Chestnuts Roasting on an Open Fire)â€ and belts out â€œSanta Claus Is Coming to Townâ€ in the form of a New Orleans-seasoned march,

The theatreâ€™s lobby will be adorned with artwork by Lou-Lou Davila Hagopian, whose work reflects her Afro-Puerto Rican roots and her deep love for music. Tickets are $50, with VIP seating priced at $100, which includes a reception with Nicole at a private home following the performance and a signed copy of the CD.

Further information about Nicole Henry, along with a sample of her music, is available at www.nicolehenry.com.