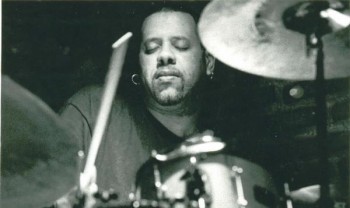 Phoenix will be on drums, Abel Pabon on piano, Felipe Lamoglia on sax, Nicky Orta on bass, and Papacho Savon on percussion.

Phoenix Rivera, the son of international legend Mario Rivera, was born in New York City in 1965. Guided by his fatherâ€™s musical insight, Mr. Rivera taught himself the technical aspects of the drums. He has played with musicians such as Hilton Ruiz, Dave Valentin, Bobby Bell, Eurythmics, Robert Palmer, Chico Oâ€™Farrill and Tito Puente. His most recent recording credits include albums such as At the Point, Vol.1 and Vol. 2 with Papo Vazquez, El Commandante recorded with his father, and Por Fin with Tito Puente and Eddie Palmieri. In March 2002, Mr. Rivera participated in Jazz at Lincoln Centerâ€™s Jazz in the Schools Tour with Arturo Oâ€™Farrill, which reached over 5,000 New York City students, teachers, and parents.

â€œPhoenix Rivera is one of a handful of drummers in the world who can play true jazz and true Latin with authority and swing. He has what we call in the business â€œspangalangâ€ and â€œtimba.â€™â€™ You might recognize it as that ineffable quality when you taste smokinâ€™ barbecue. Itâ€™s intangible and goes beyond the individual ingredients, but you know itâ€™s there â€˜cause you gotta have more. Itâ€™s called fatback, manteca, moxie and a million other things. Phoenix has it in spades.â€ (Zoho records)