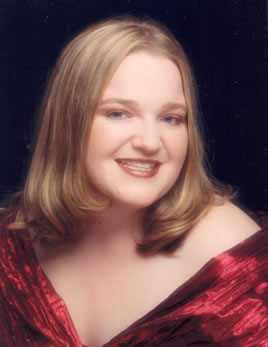 Currently, Kathleen Bell is Vocal Instructor at the SoBe Music Institute (Miami’s Institute for Performing Arts), Adjunct Instructor of Voice at the New World School of the Arts, the Director of Music Ministry at St. Augustine Church, and an FVA Festival Adjudicator.

Ms. Bell is a graduate of the University of Miami Vocal Performance program, where she was featured as Violetta in Verdi’s La Traviata, the Countess in Mozart’s Le Nozze di Figaro, and Lizette in Puccini’s La Rondine. While pursuing a master’s degree in Vocal Pedagogy at F.I.U., Kathleen performed as Adina in Donizetti’s L’Elisir d’Amour and Miss Warbelwell in Mozart’s The Impressario, directed by Phillip Church.

Ms. Bell has traveled extensively throughout Europe, performing in Denmark, Austria, and Italy in recitals and as Adele in J. Strauss’s Die Fledermaus with the Rome Festival Orchestra. Locally, Kathleen has been a featured soloist with the Miami Symphony, the Miami Oratorio Society, the Hispanic Lyric Theatre, and as a member of the ensemble of Florida Grand Opera.