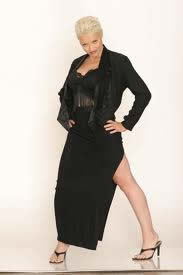 Confessions of a Jewish Shiksa..Dancing on Hitler’s Grave!

This is the journey of the daughter of Jewish Holocaust survivors who is raised Catholic. The knish hits the fan when she reveals the truth of her identity.

A funny and dark multi-character solo show written and performed by Frannie Sheridan which resonates with many people on different levels regardless of faith, culture and sexual orientation. “In the end we all just want to be accepted for who we really are,” says Sheridan.

Frannie Sheridan has won numerous writing honors, including the prestigious Gabriel Award for a CBC documentary based on her story and mayoral proclamations from West Palm Beach and the city of Miami Beach. The 70 minute show is followed by a Talkback.