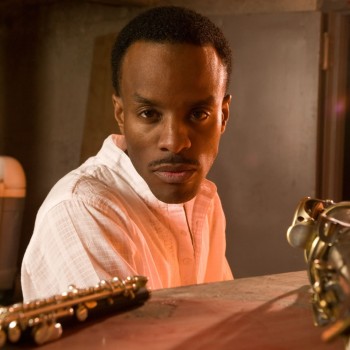 KCC Productions and Jazid present Jazz at Jazid, with Jowee Omicil and the Core
Tuesday, November 23, from 11 PM – 2 AM
Jazid is located at 1342 Washington Avenue, South Beach
For more information call 305-673-9372 or visit jazid.net.

Multi-instrumentalist, composer, producer, and educator, Joseph (â€œJoweeâ€) Omicil a native of Montreal, deeply rooted in the island of Haiti, primarily plays the saxophone. He plays his wind instruments in a poetic and harmonious style. Sonny Rollins and many other jazz greats such as Wayne Shorter, John Coltrane and Miles Davis influenced his sound.

An alumnus of the prestigious Berklee College of Music in Boston where he majored in Music Education, Jowee Omicil brings to his craft innovation and a new development in the music that he creates. He later went on to further his education as he entered the Thelonius Monk Institute among the 20 “hand-picked” around the US and was featured on BET Jazz.

After Berklee, Jowee began to work at Mission Hill School, Boston as the Chair of the Music Department. He held this position for four years while performing with his group “The Core” during his free time. He also created and developed the curriculum for the woodwind and brass department at Bronx Preparatory Charter School and taught there for three years.

As a philanthropist and educator, he often conducts workshops and master classes intended for youths. Jowee Omicil the activist use his gifts wisely, always rallying the youth with “stop the violence” and “stay in school” messages and has been able to save many young lives by means of music. He devoted many hours helping young people as a tutor and mentor for their musical growth at Roland Hayes School of Music in Boston.

Throughout his career, he has shared stage or collaborated with artists such as Kenny Garrett, Branford Marsalis, Black Dada, Beethova Obas, Richard Bona, Marcus Miller, Pharoah Sanders, Lionel Loueke, to name a few.

In 2006, Jowee released his first CD entitled “Let’s Do This” which takes you wherever you want to go. His new CD “Roots & Grooves”, to be released in November, takes you where Jowee wants to take you. As he describes itâ€¦”in Roots & Grooves, you will get afro-funky with it in a jazzy and groovy way. BASH!!!”