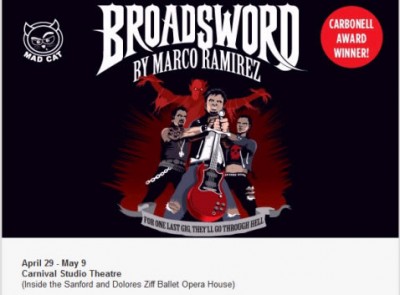 Sixteen years ago, the Jersey band BroadSword broke up. Now their lead guitarist has gone missing. What the hell happened to Richie and who’s the strange man with the disturbing news? BroadSword is all about myths, music, fantasyâ€”and heavy metal deals with the devil.

Written by Marco Ramirez (of TV’s “Sons of Anarchy”) and nominated for 5 Carbonell Awards.