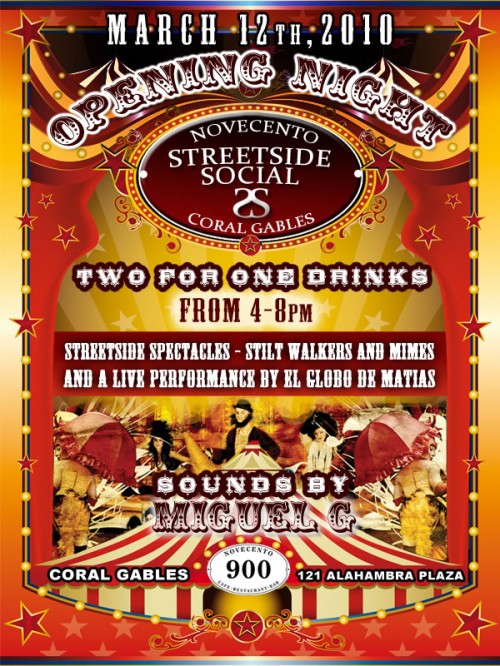 WHAT/WHO: On Friday, March 12th, Vitamin C presents the newest happy hour to hit the streets of Coral Gables, StreetSide Social at Novecento. Starting at 6pm, Fridayâ€™s at Novecento will be the work weekâ€™s haven to relieve corporate stress. Opening the night will be a live performance by Miami based Latin rock band, El Globo De Matias. To commemorate inauguration, street side spectacles of stilt walkers and harlequin mimes will parade the streets of Ponce and Alhambra. Every month will spotlight a popular street festival to follow the Coney Island themed launch.
Arrive early and indulge in half-priced drinks until 8pm.
Music will be orchestrated by DJ Miguel G, who will play open format music into the late night.