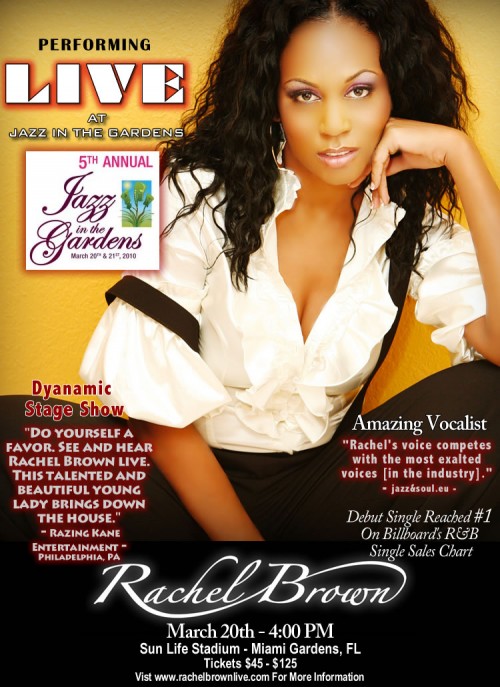 South Florida Singer/Songwriter Rachel Brown at Jazz In The Gardens Music Festival
South Florida emerging singing sensation Rachel Brown is among the confirmed artist to appear on the 2010 Jazz In The Gardens Music Festival. Rachel, who is one of South Floridaâ€™s most notable up and coming recording artist, will present songs from her debut CD, â€œLove, Life & Relationships,â€ which spawned the Billboard charting hit â€œLetâ€™s Fall In Love Again.â€

A mainstay in the South Florida entertainment market for nearly a decade, Brown is now developing a national following, playing venues across the U.S. in cities such as New York, Chicago, St. Louis and Dallas. Brown has also been featured at SXSW (Austin), The Black Women’s Expo (Chicago), as well as opening for artists such as Mario, Tank Noel Gourdin, Chico Debarge, and 2009 “Jazz in the Gardens” headliners, Frankie Beverly & Maze. 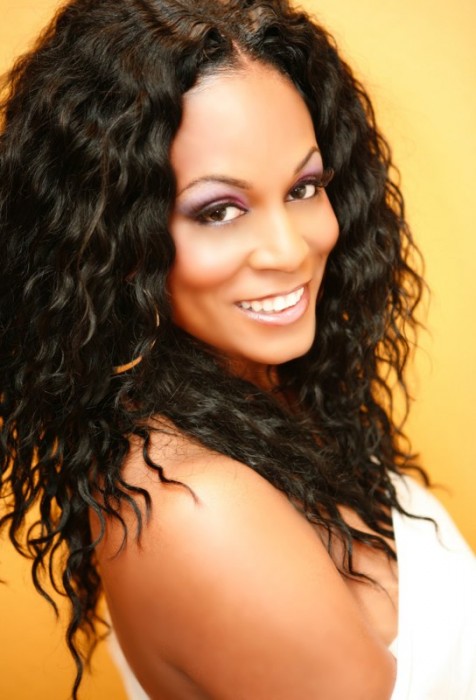 Signed to Urban Music Group in 2007, RACHELâ€™s early notoriety came about due to the success of her debut single â€œLetâ€™s Fall In Love Again,â€ which reached #1 on the Billboard R&B Single Sales Chart.

Jazz in the Gardens, a two-day weekend festival is now in its fifth year and has grown to be one of the top cultural events in America. Having something to offer all music aficionados at an affordable price, the 4th Annual Jazz in the Gardens shattered expected ticket sales, enjoying an attendance of almost 40,000, which was more than double the sales of the 2008 festival.

In 2009, the Jazz in the Gardens crowd enjoyed the hip hop flavor of Common, the beautiful neo-soul melodies of Erykah Badu, the smooth R&B of Kenneth ‘Babyface’ Edmonds and the crowd-stopping soul of Maze featuring Frankie Beverly, among other a-list artists.
www.rachelbrownlive.com